After being admitted to the Washington bar in 2004, Kevin worked for Dickson Maher Ingels LLP 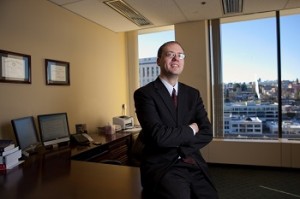 Kevin’s practice has focused on business, real estate, and probate law. Specifically, Kevin has assisted clients with business entity formation, trademark registration, contract preparation and review, real estate transactions, estate administration, and litigation. Kevin has been appointed by the court as the neutral administrator of several contested estates. Kevin has completed a 40-hour Basic Mediation Training and offers his services as a mediator to help parties resolve their disputes outside of litigation.

Kevin has been an adjunct professor at Seattle University School of Law. He taught a course on real estate litigation and a new course for first-year students on the practice of law.

Kevin is a contributor to the Washington Lawyer’s Practice Manual published by the King County Bar Association. In 2011, he co-authored significant revisions and additions pertaining to Washington’s new Foreclosure Fairness Act to Chapter 14, Real Property Practice, Section IX: Foreclosure and Realization. Since 2012, Kevin has co-authored the updates to all of the Foreclosure and Realization section. Kevin is also the author of two chapters in the Lexis Nexis Practice Guide: Washington Real Estate Litigation.

Kevin has presented at continuing legal education seminars for attorneys in the areas of probate law and LLCs.

Kevin grew up in Washington and now lives in Puyallup with his wife and three sons. He enjoys reading, spending time with his children, and studying foreign languages. 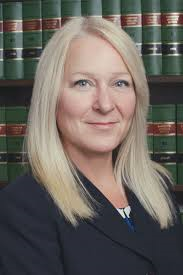